Creeping Me Out is a comic that I started a in 2004 and now only gets occasional updates. At it’s peak it had a considerable readership, but now I can’t commit to regular updates it’s more of a curiosity.

Occasionally I remaster the old strips to make them less outdated and make them print-ready. Volume 1 is available from my Artithmeric Store! 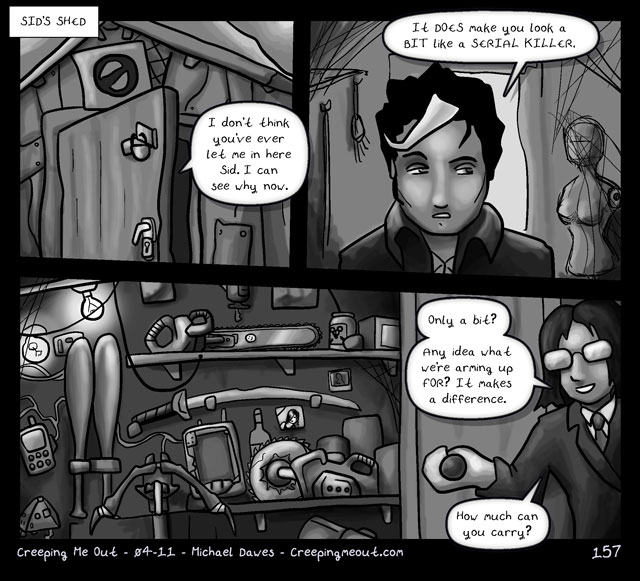 In a way it was intended as a practice run for a more serious comic work I may one day get around to starting, but it took on a life of it’s own, and I’m sure I’ll continue it on some basis until the stories have ran their course.

It’s very tongue in cheek but also quite complex and involved, telling the story of a group of teens dealing with their anxiety and relationship issues whilst also being faced with aliens, zombies, sibling rivalry, inter dimensional parasites, dinosaurs and a load of other things that make it sound like I randomly generated this description. It has a strong Japanese influence in story and content if not art, which i like to think is my own weird flavour.

I tend to use it as a testing ground for different art software and techniques, but I like to think there’s an over-arching continuity to the style.

Here are some select pages, just for a taste, but you can read the rest at CreepingMeOut.com 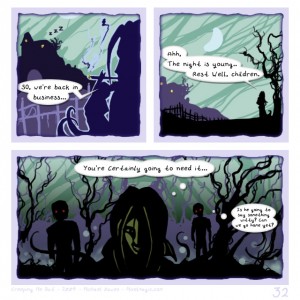 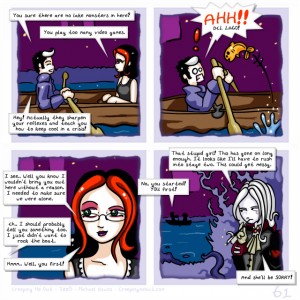 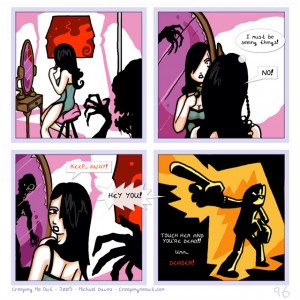 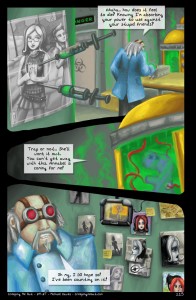 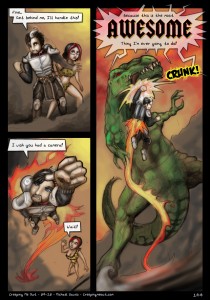 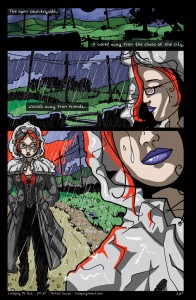 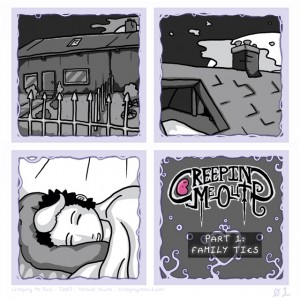 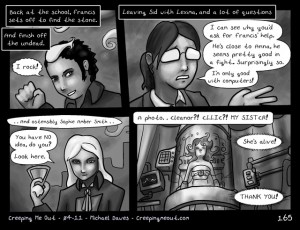