A tiny witch for day 3 of #mabsdrawlloweenclub …

I’ve had the pleasure of working with Phono Paul on various projects involving the Leeds alternative music scene. Originally attracted by my comic art, the relationship has resulted in my character designs having appeared on posters, flyers and other merchandise for club nights and festivals. 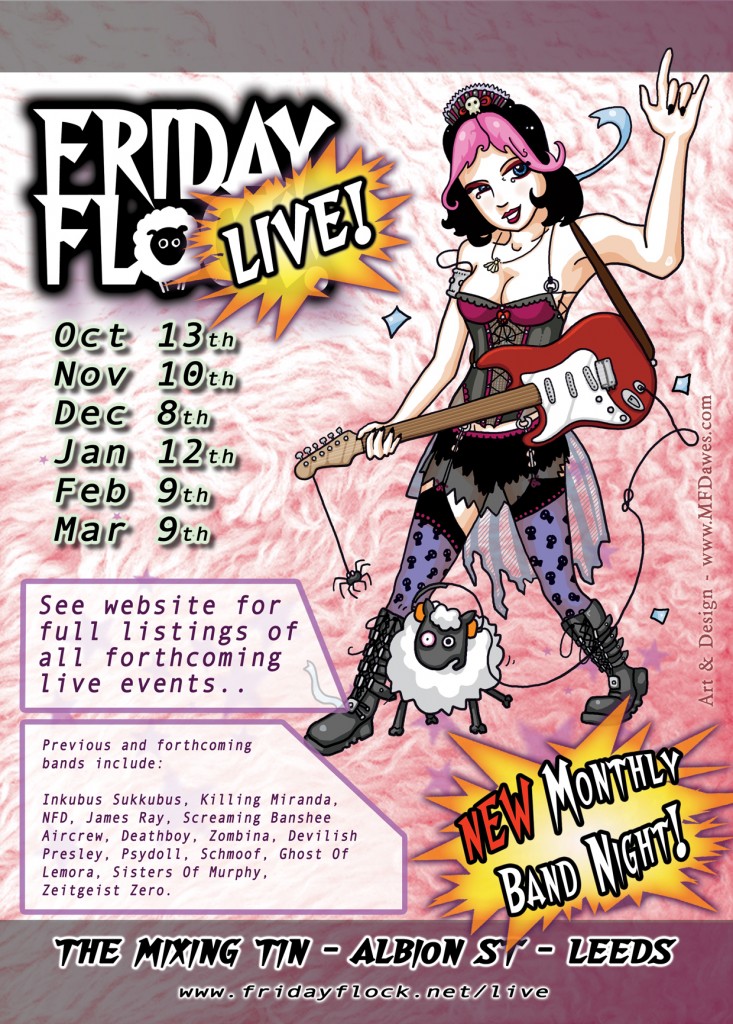 Black Sheep / Flock’s “Bo Peep” is probably my most recognised work, as she was in circulation for almost a decade. Here she is in various flyers, as well as some of the early sketches I sent to Paul for his approval.

I’ve also included art for related projects, such as the “Infernal” night during Whitby Goth Weekend and page layouts, logos and so-on from the various Woolstock festivals.